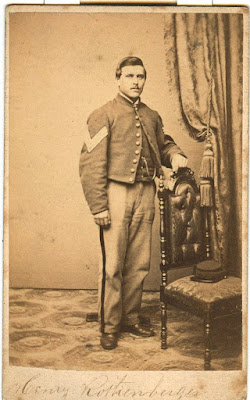 It is remarkable how much I have discovered about the 48th Pennylvania since first launching this blog in November 2006. Over the past three years and some months, I have received numerous photographs, obituaries, letters, diaries, et cetera, sent in by generous individuals from throughout the country and all relating to the soldiers and veterans of the 48th. Since the war, these items had remained with the families or in private hands and were thus previously unknown to me.
* * * * * * * * * * * * * ** * * * *
Last week, I received an e-mail from a gentleman in Georgia. Turns out he had recently purchased an old book in a thrift store and inside was a CDV photograph identified as "Sergeant Henry Rothenberger, Co. D, 48th P.V.V.I." (Yes, I know, how cool is that?) The gentleman was kind enough to scan the image and send it along to me, and for this, I cannot thank him enough.
* * * * * * * * * * * * * * * * * *
Henry Rothenberger was only eighteen years of age when he enlisted into the ranks of Company D, 48th PA, on September 23, 1861. Unlike most of the men who served in the regiment, Rothenberger hailed not from Schuylkill County, but from Hamburg in neighboring Berks County. He stood 5'6" in height, had a Dark Complexion, Dark Hair, and Dark Eyes. He was a brickmaker by trade. Rothenberger was one of those rare individuals who served throughout the war (he re-enlisted in March 1864) and emerged without a stratch. He rose through the ranks, eventually being mustered out as a 'Veteran' in July 1865 as a 1st Lieutenant.
Posted by John David Hoptak at 6:48 AM No comments: 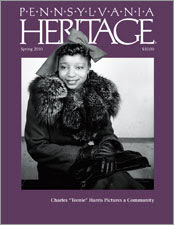 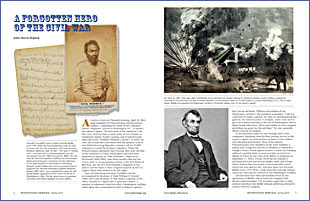 Letters Home: "our Regament is diging a mind for to Blow up the rebels:" Pvt. Albin Day, Co. K, 48th PA

* * * * * * * * * * * * * * * * * * * * * * * * * * * * * *
On October 1, 1861, the Day Brothers of Orwigsburg were mustered into service as privates in Company K, 48th Pennsylvania Infantry. The oldest, at age twenty-five, was James Day, Jr. Next came Frederick H. Day at twenty-three; Albin Day was the youngest at age eighteen. All three listed their occupations at 'Boatman.' A fourth Day Brother, Henry, did not serve with the 48th, but remained at home, no doubt to care for his widowed mother and his young wife and family. As the war dragged on, both Frederick and James Day were discharged for disability. Albin suffered a wound at Fredericksburg on December 13, 1862, when he was struck "on the head with a butt of a musket." Albin returned to the regiment, was promoted to corporal, and once more fell wounded, this time at Petersburg in July 1864 when a shell fragment struck his shoulder while he was helping dig the mine. After recuperating from this injury, Albin once more returned to the 48th and served out the war, being discharged in July 1865. Despite his injuries, Albin outlived all his brothers and was one of the last surviviors of the regiment. He died in Orwigsburg at the age of 88 on July 30, 1930, coincidentally enough, the 66th Anniversary of the Explosion of the Petersburg Mine and the Battle of the Crater.

July 10 1864
Dear Brother
I now sit Down to write A Few lines to let you know that I am well At present and hope to find you the same. I am in the hospital Back in the rear. I have got A sore arm and the Doctors Dont what it is[.] my arm was swollen as big as my leg and the Doctors wanted to take my arm off and I would not let him for I said to him I would rather Die than lose my arm but my arm is getting better fast. I Cand use it a littel but the pain is Drawing in my right shoulder but I think it will be all wright in A few Weeks. Dear Brother I have not received a letter from you in two months and I wrote three and to day the Chaplain Came around and gave me A sheet of paper and A envelope and so I thought I would write another letter to you and if I would not get an answer and then it would be the last one[.] we have no news here just now. A littel picket firing now and then[.] our Regament is diging A mind for to Blow up the rebels for we are going to have A regullar siege here[.] we have some eighty pound guns[.] so no more at present from your Brother Albin Day give my best respect to mother and your wife and my love to my wife and also to Charley and Willey and all inquiring friends
from Albin Day to his Brother Henry Day
write soon. please excuse me for bad writing for my arm is to[o] sore to wright good.
Henry Day & Wife
Henry is pictured here in the uniform of the Orwigsburg Guards

Posted by John David Hoptak at 7:35 PM No comments: