"No Greater Tribute Could Have Been Paid To This Venerable Old Veteran:" The Funeral of Thomas J. Reed, One of the Last Surviving Veterans of the 48th Pennsylvania Infantry

Thomas J. Reed was among the last surviving veterans of the 48th Pennsylvania Infantry. Of the more than 1,800 men who served in the regiment, Reed outlived all but a small handful. The regiment's last surviving soldier was Charles Washington Horn, who passed away in the summer of 1941 at the age of 94. Reed, who had served alongside Horn in the ranks of Company I, passed away three years earlier, in July 1938 at his home in Orwigsburg, Pennsylvania. I grew up in Orwigsburg and whenever I walked around the cemeteries in my hometown, I was sure to visit the grave and pay my respects to Thomas Reed, whose remains were interred in the Salem Evangelical Cemetery along Franklin Street. Even as a young kid I had a hard time believing that Reed--a Civil War soldier--had lived that long. 1938, after all, was just forty years before I was born and just one year before the movie The Wizard of Oz came out, as well as Gone With The Wind. My dad's parents were in their late twenties that year, while my mom's parents were in middle school. It didn't seem that long ago. . .but, indeed, it was so, and seeing the date 1938 on Reed's grave always served to remind me just how recent an event the American Civil War was--and still is.

Reed was born in Orwigsburg ninety-two years earlier, on January 26, 1847, the son of  Elijah and Anna Linder Reed. His obituary in 1938 maintained that Reed had enlisted upon the outbreak of war in April 1861--at the age of 14!--and that he had survived 23 "major" battles. The regimental records, however, reflect that Reed instead entered the service on the much more believable date on February 11, 1864, just a few weeks after his seventeenth birthday. Upon his enlistment, Reed stood 5'5" in height, had a Light Complexion, and Brown Hair. He gave his occupation as Farmer. Young Private Reed did see horrific combat during his seventeen months in the uniform of the 48th, at such places as the Wilderness, Spotsylvania, North Anna, Cold Harbor, and during the hellish nine-month siege of Petersburg. Records indicate that he was, in fact, wounded at Cold Harbor and that he had been captured by the Confederate forces at Petersburg, during the regiment's final battle of the war on April 2, 1865. He must have been rather quickly liberated soon after capture for he was back with the regiment when it was disbanded and the soldiers sent home in July 1865.

Having survived the conflict and with his life really just getting started, Reed first made his way to Chicago and thence to Missouri for a time before returning to his native Schuylkill County, settling in Girardville where he married Mary Jane Hendricks. Reed would soon find his way back to his native Orwigsburg, however, where he assumed ownership of Moyer's Hardware Store, a position he held until his retirement at age 75. Still, he remained busy as a both a storekeeper and a tinsmith in his retirement and was an active member of his community, holding various offices in Orwigsburg. He had hoped to attend the the 75th Anniversary Ceremony in Gettysburg in early July 1938, but his health was poor and rapidly failing. The end came on July 23 of that year, a Saturday. He left behind a son, Guy Thomas Reed, two daughters--Anna Jane Reed Miller and Amy Reed Zimmerman--nine grandchildren and eight great-grandchildren.

Thomas Reed lived a long and a full life and the people of Orwigsburg were determined to pay full and just homage to this long-living Civil War veteran. A viewing was held on the evening of Tuesday of July 26, in his home of Market Street in Orwigsburg with an honor guard standing by. "[W]ith beautiful flowers surrounding his casket," reported the Pottsville Republican "the aged veteran received the tribute of hundreds of townspeople." The funeral was held the next day--Wednesday July 27. Reverend Darlington Kulp of Reading and Reverend C.E. Huegel, pastor of St, Paul's Lutheran Church in Orwigsburg, conducted the services at Reed's home. Following the services, the flag-draped casket containing the earthly remains of Reed was removed from his home and placed atop a horse-drawn caisson. And thence commenced a fitting funeral procession through the town of Orwigsburg and around the town's square. After passing around the square, the procession continued south of Liberty Street and then west on Independence to the Salem Evangelical Cemetery. Veterans from community belonging to the Joseph Morrison Post No. 2198 of the V.F.W.--likely veterans of the Spanish-American War or the Great War--served as the pall bearers as well as the guard of honor, color bearers, and color guard. The Orwigsburg Community Band played the funeral march through town and also played "softly" during the grave services. Business in town was suspended for part of the day to allow the people of Orwisgburg to view the funeral and pay their final respects to Thomas J. Reed. "Full Military Honors" were paid to Reed, declared the Pottsville Republican. "Had he fallen in battle no greater tribute could have been paid to this venerable old veteran."

Several years ago, Mr. Bob Fisher of Orwigsburg shared with my mom and me the following photographs that were taken of Reed's Funeral through the streets of my hometown of Orwigsburg. Certainly anyone from Orwigsburg today or from Schuylkill County, for that matter, can instantly and immediately recognize the town square. Truly, though, these photographs are quite remarkable. After all, when was the last time you saw pictures of the funeral of a Civil War veteran? Especially photographs that also show a glimpse of America in the immediate pre-World War II years? The images of the funeral of Thomas Reed--one of the last surviving veterans of the 48th Pennsylvania Infantry--make it very clear that America's Civil War was truly not that long ago. 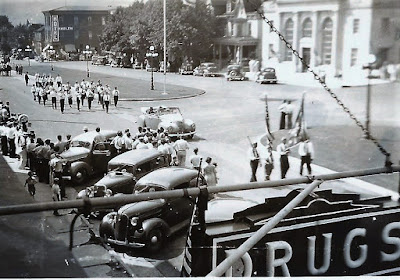 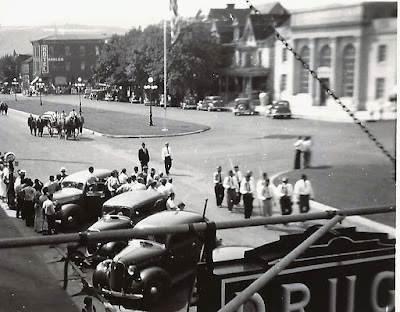 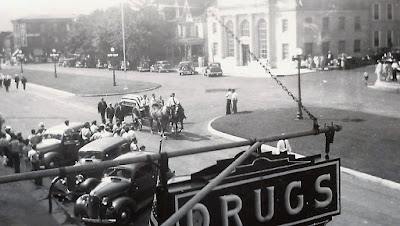 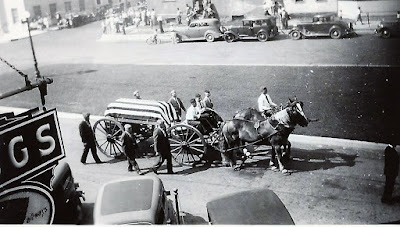 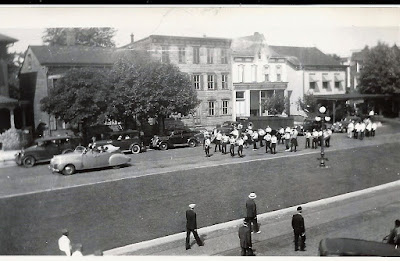 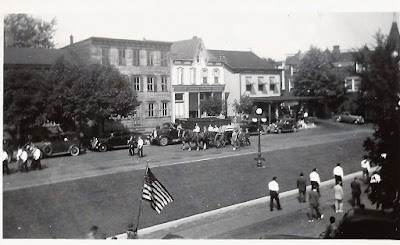 (Thank You to Mr. Fisher for sharing these photographs)


Posted by John David Hoptak at 8:38 AM No comments: