I usually check my email just once a day, almost always early in the morning. While most days the only messages I receive are from stores or companies offering some kind of special savings deal, every now and then I am pleasantly surprised to discover an email from a descendant of a soldier who served in the 48th Pennsylvania. Even better is when they share an image of their soldier-ancestor. This happened just a few days ago when I received a message from a descendant of Corporal Richard C. Ryan, of Company C, 48th Pennsylvania Infantry.

This is his story. Sadly, it had a tragic ending. 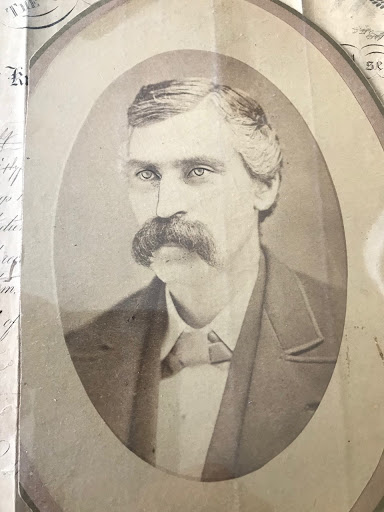 Richard C. Ryan was born in Ireland on May 10, 1842. Upon immigrating to the United States--and like many others who came from Ireland--young Ryan found work mining coal in Schuylkill County. He was not quite twenty-two years old when, on March 1, 1864, he was mustered into the ranks of Company C, 48th Pennsylvania, taking up arms in defense of his adopted country. In height, he stood 5'6 1/2"; had a "Dark" Complexion, with grey eyes and black hair. Ryan served with the 48th throughout the hard fighting of 1864; from the tangled chaos of the Wilderness to the sun baked trenches of Petersburg. It is likely that because of his background as an experienced miner he took part in the tunneling of the Petersburg Mine, an endeavor performed not by all the soldiers in the 48th, but only by those who were experienced coal miners. Ryan must have impressed his superiors, for on May 21, 1865, he was promoted from private to corporal. Honorably mustered out of service when the regiment disbanded on July 17, 1865, Corporal Richard Ryan returned home.

During the post-war years, Ryan took up residence in the borough of Mount Carmel in Northumberland County. There, he was actively involved in veterans' affairs and in local politics. He also married and in the early 1880s, his wife Mary gave birth to at least three children: Catherine (b. 1880); Anna May (b. 1882); and Richard (b. 1884).

Sadly, these children would grow up without their father.

Not known are the reasons why he did it, but on February 24, 1885, Richard Ryan--this Civil War veteran, active in local affairs, and young father of three--took his own life. He was only 42 years old.

As reported in the local papers, Ryan drank five drachms of laudanum. He lingered for several hours before finally succumbing to the lethal overdose of this opiate that was widely prescribed, provided, and used by Civil War soldiers and veterans. His remains were laid to rest in Saint Mary's Cemetery, Mount Carmel, Pennsylvania. 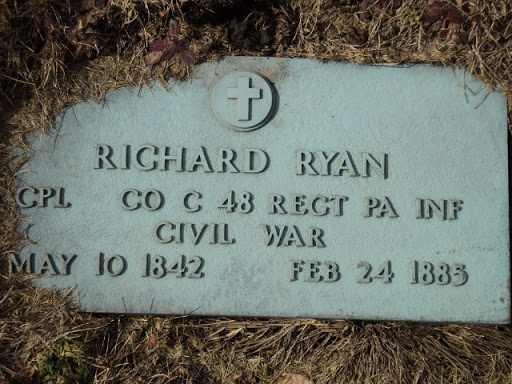 *Thank you to Lori Ryan for sharing the image of her Civil War ancestor and for allowing me to tell his story.

Posted by John David Hoptak at 4:56 AM No comments: