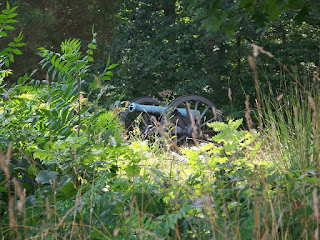 * * * * * * * * * * * * * * * * * * * * * * * * * *
Took a day trip this past week along with Ranger Chris Gwinn to Spotsylvania. It had been a number of years since I last tramped these grounds, so it was with much anticipation that we headed down Route 15 to Culpeper, then east on Route 3. . . .Arriving in mid-morning, Chris and I spent a good portion of the day around the Laurel Hill area, site of most of the heavy action on May 8, 1864, when Gouverneur Warren's Fifth Corps found the road to Spotsylvania Court House blocked by Fitz Lee's gray-clad troopers as well as Confederate infantry of Joseph B. Kershaw's Division. 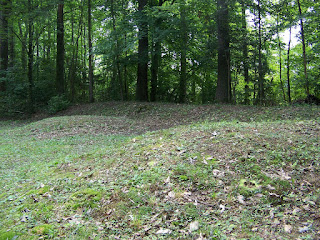 Recognizing the value of earthworks, Warren's men, after several unsuccessful assaults up Laurel Hill dug in. . . 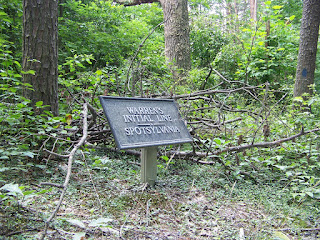 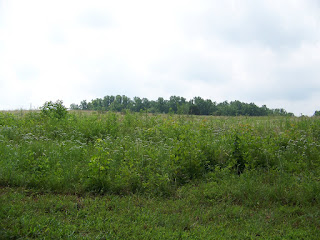 Looking up Laurel Hill; Fifth Corps troops under Generals John Robinson and Samuel Crawford charged up this high ground toward the treeline on top, which was filled with Kerhaw's men. The Spindle House occupied the center of this clearing, and was destroyed during the fight. 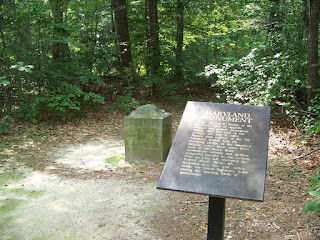 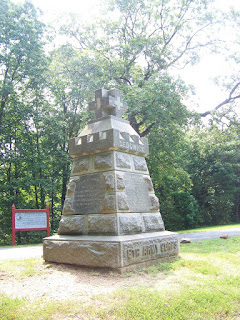 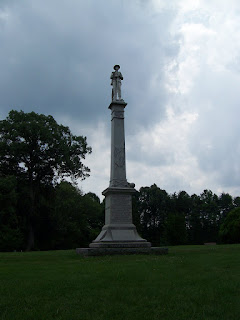 Hundreds of Confederate soldiers who fell either dead or mortally wounded at Chancellorsville, the Wilderness, and Spotsylvania lie buried here. . . 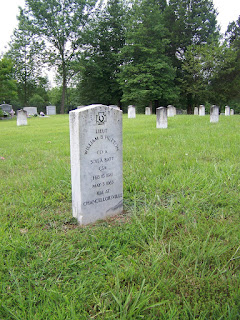 . . .but perhaps most interesting are the graves of three Union soldiers, the Lufkin Brothers from Maine, who all died in the war. 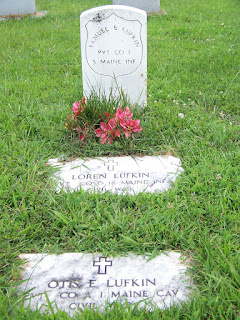 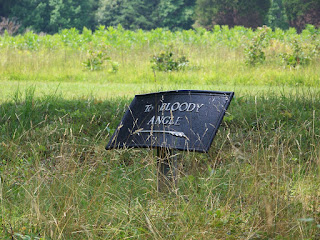 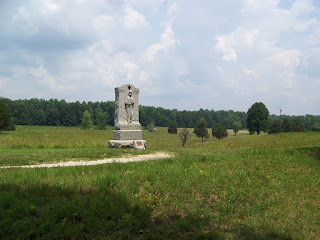 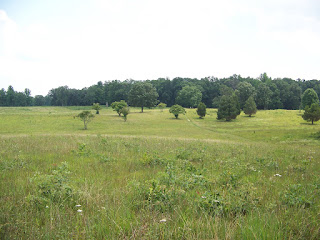 Union Second Corps troops advanced across this ground toward the trees, and the Confederate earthworks in front, the infamous Mule Shoe salient. 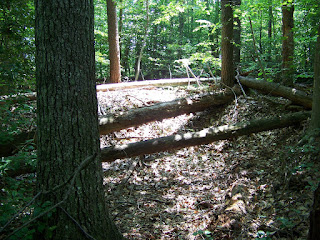 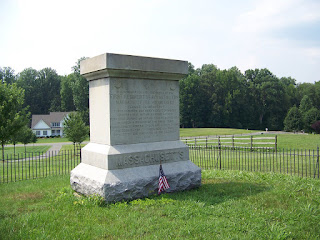 Our final stop on what was an incredibly long day was to the area where the May 18 battle of Harris Farm was fought. Much of it is now an upscale housing development and this monument to the 1st Massachusetts Heavy Artillery is smack dap in the middle of someone's front yard. Our apologies to the landowners, but Chris is from the same town in Massachusetts where most of this unit was organized and because he is leaving Antietam for Boston National Park this week, we figured we pay our respects before he left. . . 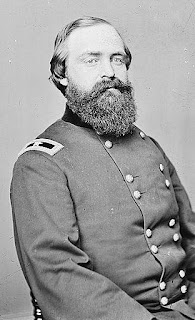