Some Photos of May 29 48th PA Monument Rededication 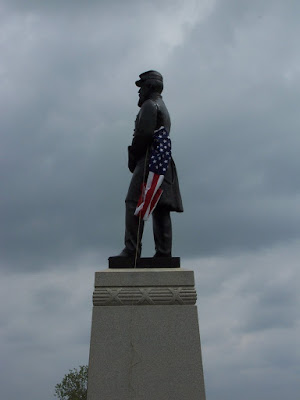 As I have mentioned many times before, I could not be happier with the results of the 48th Pennsylvania Monument restoration project. From the very start, I have been both proud and humbled by the support given and pleased by the generous contributions that arrived from all parts of the country. The Rededication Ceremony, held on Saturday, May 29, could not have gone any better. The weather was perfect and the turn-out was outstanding. All in all, it was a very good day. Below are various photographs taken at the event by several attendees, including my colleagues Rangers Mannie Gentile and Brian Baracz.
I am hoping to soon have a video of the event posted, so stay tuned.
* * * * * * * * * * * * * * * * * * * * * * 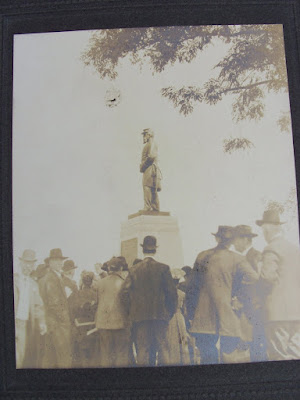 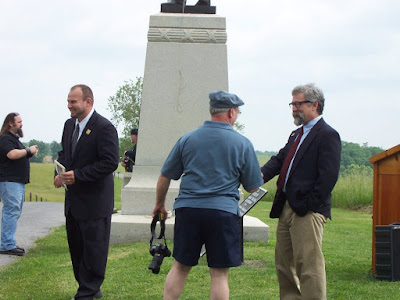 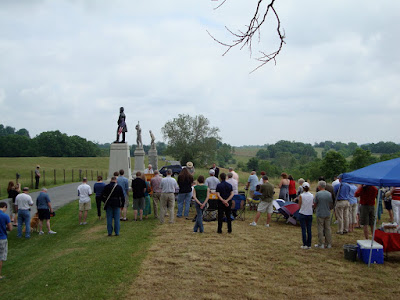 A large crowd of about seventy turned out to attend the rededication. It commenced with an invocation delivered by Reverend John Schildt, a lifelong student of the Maryland Campaign. 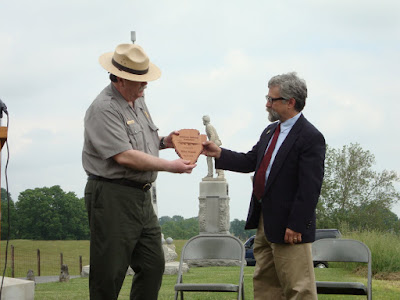 Antietam Battlefield Superintendent Presents Artist/Scultor Mike Kraus with a National Park Service Arrowhead in Recognition of his fine work and artistry in sculpting the replacement sword. 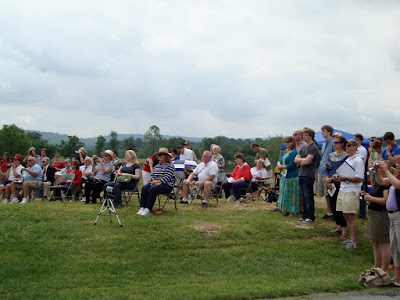 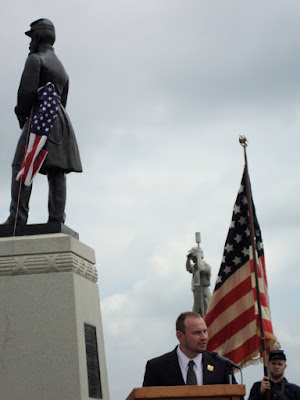 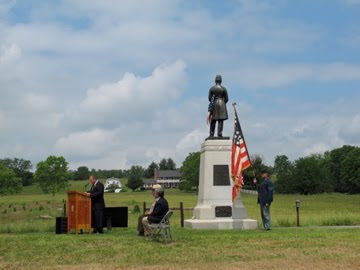 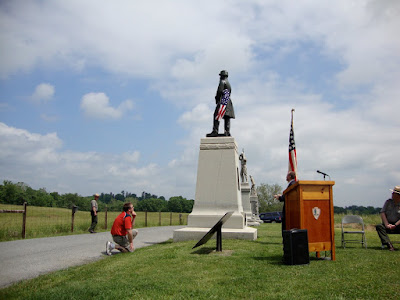 The Sword Returned/The Monument Restored
Posted by John David Hoptak at 11:17 AM No comments:

SHAF Tour of the Maryland Campaign: Part I 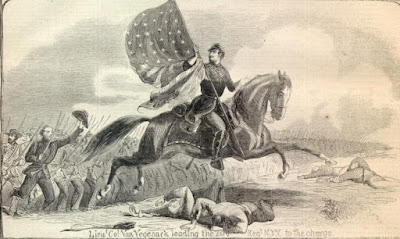 From Harry Smeltzer and SHAF:

On Saturday, July 31, 2010, the Save Historic Antietam Foundation (SHAF) will sponsor a tour of “Phase I” of the Maryland Campaign of September, 1862. The tour will be led by SHAF board members Dennis Frye, National Park Service Historian at Harper’s Ferry, and Dr. Thomas Clemens, editor of Ezra Carman’s “The Maryland Campaign of September, 1862, Volume I: South Mountain”.

The tour will begin at 8:30 AM at the parking lot of the Monocacy National Battlefield Visitor’s Center in Frederick Maryland, where the guides will cover the action up to the discovery of General Robert E. Lee’s “Lost Order” by Union forces. Then the tour will proceed to Harper’s Ferry, covering the fighting and siege operations and capture of that place, as well as the escape of Union cavalry.
Lunch will be served at The Anvil Restaurant in Harper’s Ferry. Choices of a wrap, cheeseburger, or Reuben sandwich, each with French fries and drink.
From there, participants will travel to and discuss the importance of the sites of the Battles for South Mountain, including Burkittsville, Gathland, and Crampton’s, Fox’s, and Turner’s Gaps.
This is a “caravan” tour. Car pooling is strongly encouraged. Participation is limited to 30 individuals. Fees, including lunch, are $30 for SHAF members. Non-member fee is $50, which will include a one year membership to SHAF. Members receive a quarterly newsletter and member rates for SHAF sponsored events. Also, copies of Dr. Clemens’ edition of Ezra Carman’s “The Maryland Campaign of September, 1862, Volume I: South Mountain” will be made available at a $5 discount the day of the tour.
A firm number of participants is required by July 21, 2010. Make your reservations by sending an email with the names of those who will attend to tours@shaf.org. You will receive instructions on where to send payment.
Don’t miss this rare opportunity to tour the sites of the Maryland Campaign of September, 1862 with recognized experts Dr. Thomas Clemens and Dennis Frye.
Posted by John David Hoptak at 4:19 PM No comments: