Turning A Page . . .Moving Ahead 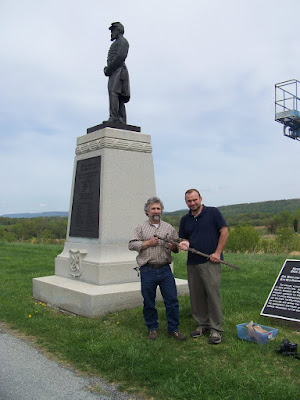 What a great thrill being able to hold Kraus's masterful work. . .it is, quite simply, an exact replica of Nagle's original Mexican-American War presentation sword. 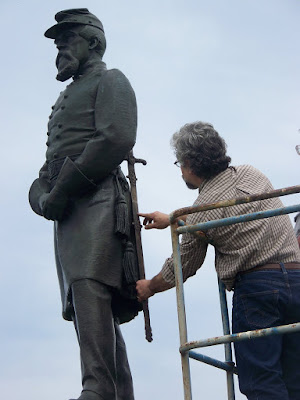 Mike Kraus taking some final measurements before putting the final touches on this project.
* * * * * * * * * * * * * * * * * * * * * * * * * * * * * * * * * *
I am also pleased with the progress of my Antietam: September 17, 1862 book, which is still set for publication either late this Spring or at some point during the Summer. The text is completed and the book is almost entirely laid out. My colleague Keith Snyder is currently working on the maps and the layout, so stay tuned. . .This book covers the entirety of the Maryland Campaign, and while focusing on Antietam, also includes battle actions at South Mountain and Shepherdstown. It is geared toward both the beginner and the enthusiast. 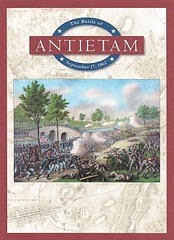 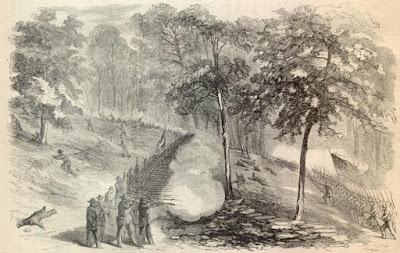 On Monday, April 12, 2010, my grandmother, Anna Mitsock, was called back to heaven, passing away peacefully at the age of eighty-four. Baba Mitsock was the only grandparent I ever really knew; my dad's mom, Baba Hoptak, died in the Spring of 1986 when I was just seven years of age, so, sadly, I never really got a chance to know her all that well. Both my grandfathers had passed away before I was born.
But Baba Mitsock was there for all thirty-one years of my life, and although I am very saddened--and a little shaken--by her loss, I do thank God for all the time that we had together. I will always remember the Holidays we shared together, the vacations we took, the big life moments, such as graduations and weddings, we were all a part of. . .she was there, always. I will also remember the everyday moments; such as when returning from school, and seeing Baba sitting on my parents' swing on the back porch. . .the little things that will nevertheless remain with me for the rest of my life.
Baba was a loving and fun person to be around. She was also very practical.
Once, when trying to learn more about my family's ancestry and background, I asked her: "Baba, how did your parents get here to America?" "Well, on a boat, Johnnie." "Yes, I know," I said, "but, what was it that brought them here?" Her response: "They came on a big boat, Johnnie. They didn't have planes or anything like that back then." I just let it go at that.
Baba was a first-generation American, born on July 29, 1926, in Crow Hollow, a mining town in the Heckschersville Valley in Schuylkill County. Her dad, Frank Lagola, was a native of Prague, who escaped conscription in the German Army at the outset of World War I and sailed to the states. . ."on a big boat." Settling in the coal regions of Schuylkill County, he met my great-grandmother, Julia Yascovitch, who, as a teenager, fled Revolutionary Russia and, too, settled in Schuylkill County. They were married and started a large family of twelve children; with Baba's death this past Monday, only two of Frank and Julia's children remain. 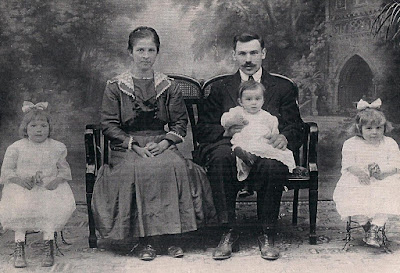 My great-grandparents Julia & Frank shortly after their arrival in the United States, and a few years before the birth of my grandmother, Anna.
Sadly, Baba's life was marred by hardship and tragedy. Her husband--my grandfather--Nicholas Mitsock was only thirty years old when he was killed in a coal mine collapse in May 1957, leaving my Baba, herself only thirty at the time, to raise five children on her own. In 1994 and 2000, she had to bear the unimaginable burden of burying two of her children, my uncles Butchy and Muzzy. Growing up in the coallands, Baba also suffered from emphysema, a lifelong affliction from which she is finally relieved.
When I learned of her death and tried to come to terms with it, I asked my wife why someone would have to endure such a tough life. I remembered, though, at that moment of something I said years back, "Baba's place has long been reserved in heaven." Late Monday morning, she at last arrived. I learned a number of important life lessons from Baba; the most important one, though, was that no matter what may come our way, no matter the curves life may throw at us, we need to persevere and move ahead. Despite all the hardships and tragedies Baba was forced to deal with, what I will remember most, is that she was seemingly always smiling. I will always remember that smile and her little laugh, usually under her breath.
We will lay Baba to rest on Friday. It is certainly going to be difficult saying farewell and even more difficult imagining life ahead without Baba. She was always there in the past, watching as my sister and I grew, and even playing along. . .
. . . but I do know that although she will no longer be with us in body, she will be there in spirit.

And just as on Monday, when Baba was reunited with her husband for the first time in fifty-three years, her two sons, nine siblings, and countless friends, so, too will we who are left to mourn her loss be one day reunited with her.

Farewell, Baba. We will miss you. 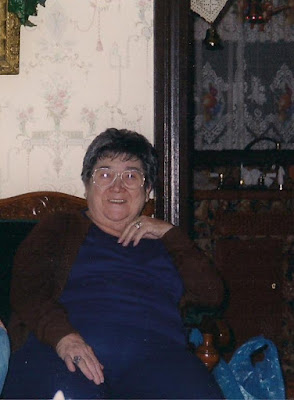