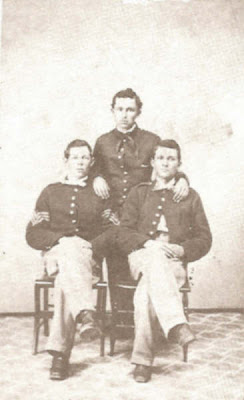 Three Unidentified 48th PA Soldiers
So just who were the soldiers that served in the 48th Pennsylvania?
I was organizing my files this afternoon and came across a number of old notebooks I used while compiling statistics for my master's thesis, which examined the influence of a Union soldiers' socio-economic background during the Civil War. Dusting off the covers, I started to page through and thought I would share some of the raw data. 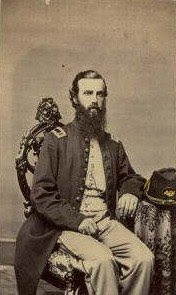 Unidentified Lieutenant, 48th Pennsylvania
I analyzed the regiment's muster rolls and searched--page by page--through the 1860 Census Records, trying to link a soldier's muster roll information with their census records. Of the 1,861 soldiers who served for a time in the 48th, I was able to link, with absolute certainty, 657 soldiers. I was a little disappointed the number was so low, but still I believe it to be a good, representative sample.
Here are some of the things I discovered. . .

*The average age of the soldier in the 48th Pennsylvania was 24.95 years. The regiment's officers, when the 48th was first mustered, averaged 29.2 years of age.

*27.5% of the 48th's soldiers were listed as Heads of Households in the 1860 Census Records; 16.4% were boarders, residing with non-relatives, while the majority, 56.1%, lived with their parents or other relatives of the same surname.

*69.5% of the regiment's soldiers hailed from the coal mining towns and townships of Schuylkill County; the remaining 30.5% resided in the county's agricultural areas. It is interesting to note that of those soldiers who died of disease throughout the war, 40% hailed from these more rural, farming districts.

*Going hand-in-hand with wealth was a soldier's pre-war occupation. In the 48th, 32.1% of the soldiers were unskilled laborers (including coal miners, coal laborers, and day laborers). 22.5% of the regiment were skilled laborers (carpenters, tinsmiths, wheelwrights, printers, tanners, cabinetmakers, shoemakers, etc). Farmers constituted 15.8% of the regiment, while 13.5% were students. 10.8% of the regiment held "Professional," or white-collar positions (i.e. engineers, attorneys, teachers, clerks, etc). 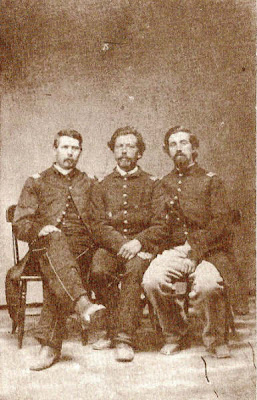 Some interesting numbers that help us further discover a little bit more about the Civil War soldier. . .
Posted by John David Hoptak at 6:24 PM

Great post! I've been doing similar research to this on a company level, with Company B of the 52nd OVI.

Some years ago, I was looking at US Army data on casualties. If I remember right, the regiments with the fewest losses due to disease were those of Pennsylvania and of New England. The next healthiest regiments were those of New York and the Middle West. The sickliest were the regiments of Kentucky. Why New York regiments would not have fared so well as PA and New England regiments is a minor mystery. One major cause of the North's victory must have been better health.