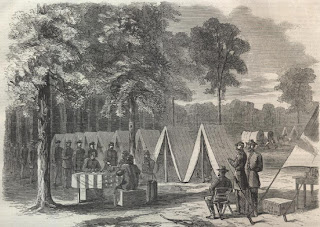 As a fan of your web site, I have been most impressed by your reviews of Civil War scholarship. I recently heard about a new book at Gettysburg which I am very interested in learning your opinion of. I believe it contains a new and previously unexamined aspect of the battle. It's called "Blue Dawn Over Gettysburg" by Joe DeSantis. Thank you and keep up the good work.