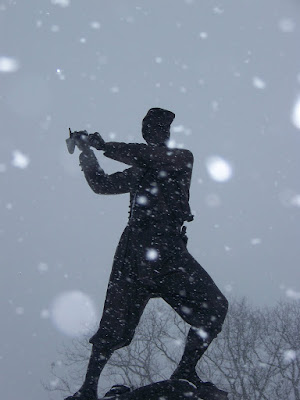 * * * * * * * * * * * * * * * * * * * * *
Growing up in the mountainous coal regions of east-central Pennsylvania, I am accustomed to wintry weather. . .but it has been a long time since I've seen a snowfall such as today's. By the time I awoke at 6:00 a.m., there was already several inches and by noon, well, about a foot of the white stuff has fallen. The older I get, the more I can do without this kind of weather. . .but it sure is pretty. With the snow falling and winds a-blowing, I braved the elements and headed out to get some photos of today's winter wonderland. 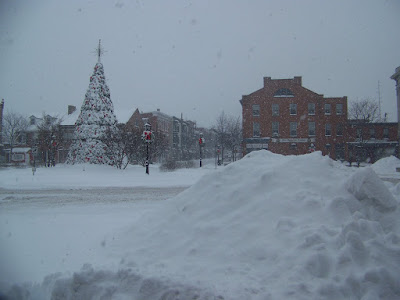 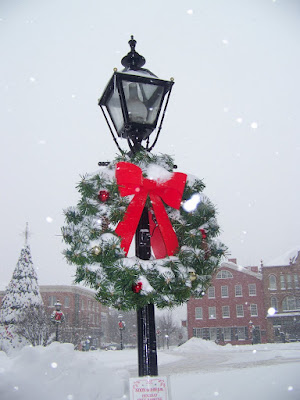 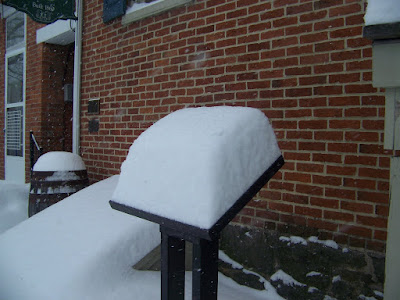 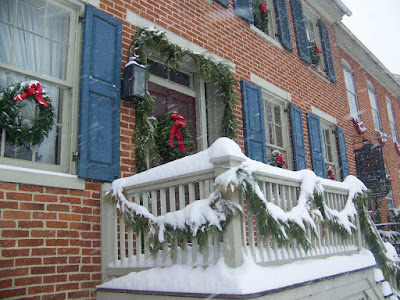 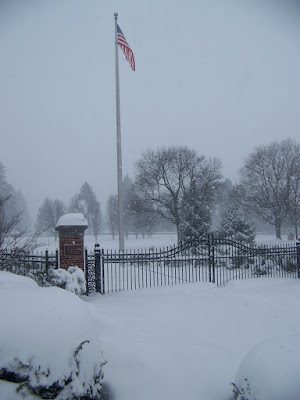 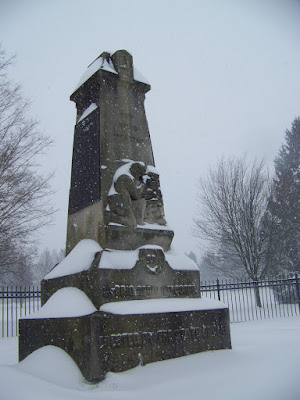 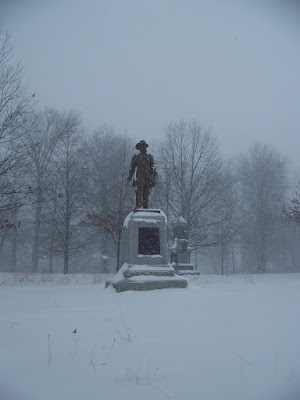 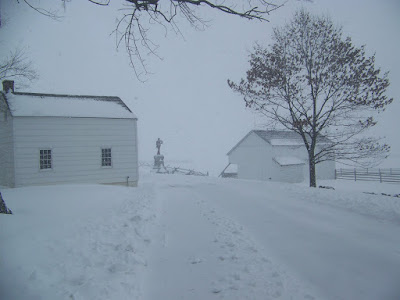 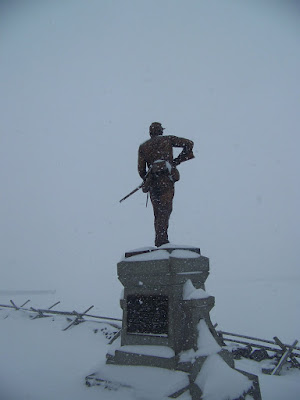 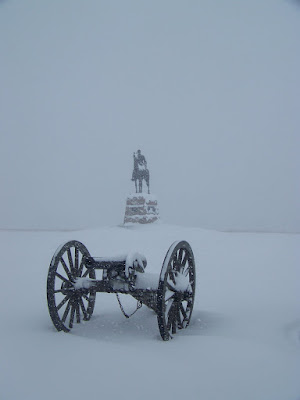 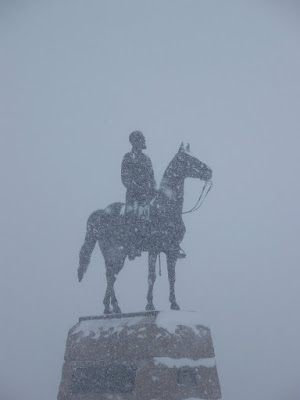 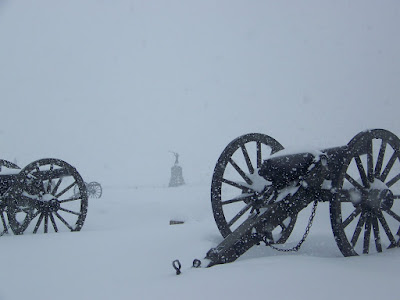 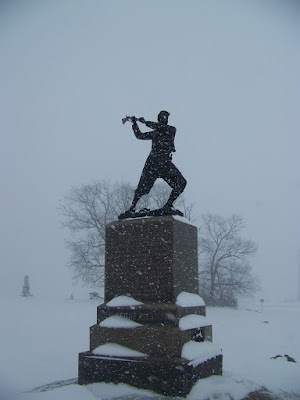 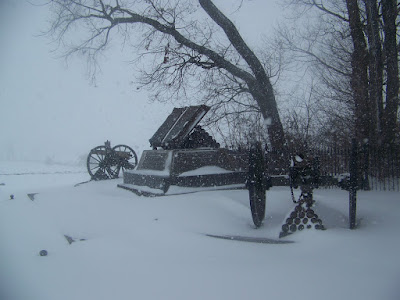 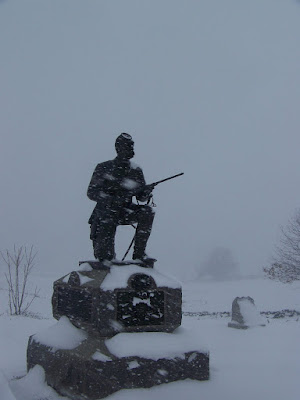 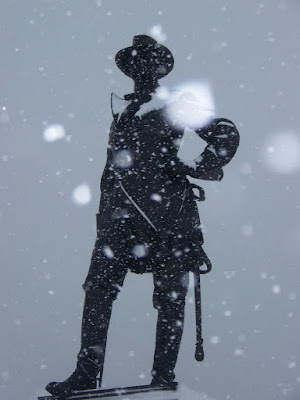 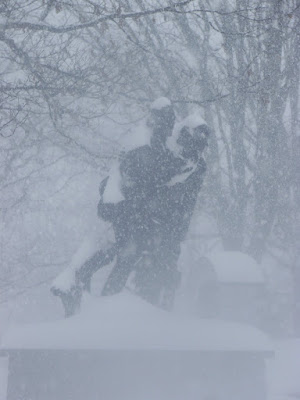 The Maryland Monument. . .
With visibility now almost gone and soaked to the bone, I decided to head on home. I'll be thawing out for quite some time to come.

Nothing but rain in Florida. Go over and take a picture of my house.

Nice work, John! I wanted to get out for some shots but didn't have the brass . . . Way to get it done!

You should tell the ghost-hunter crowd that the Webb shot was in mid-June. Just a thought.

Question: Isn't that the Bryant farm not the Bliss farm?
Jeff H.

Thanks all for the kind comments. . .

Jeff: That's what happens when you have spent the past four years immersed in Antietam history; my Gettysburg knowledge has been slipping. You are correct, the Bliss Farm met the same fate at Gettysburg as did the Mumma Farm at Antietam. Thanks for that!

Beautiful photos John. Thanks so much for sharing them.

Excellent photos John. I was wondering how Gettysburg looked when I saw the snowfall totals for that part of the state.
Thanks for sharing them.
Scott

Hi John,
I'm fairly new to blogging but I enjoy your posts. It is especially nice to be able to see these monuments in a different setting. I don't get back east too often.

I'm so used to seeing these images in summer settings that its truly wonderful to see the cold stone statues covered in snow drifts. Thanks for braving the cold wet snow to take the photos.