"The Battle of Kennesaw Mountain" by Dan Vermilya. . .

I'm taking a short time-out, if you will, from my normal postings documenting the trials, the triumphs, and experiences of the 48th Pennsylvania to formally congratulate my good friend Dan Vermilya on the publication of his first book, The Battle of Kennesaw Mountain. 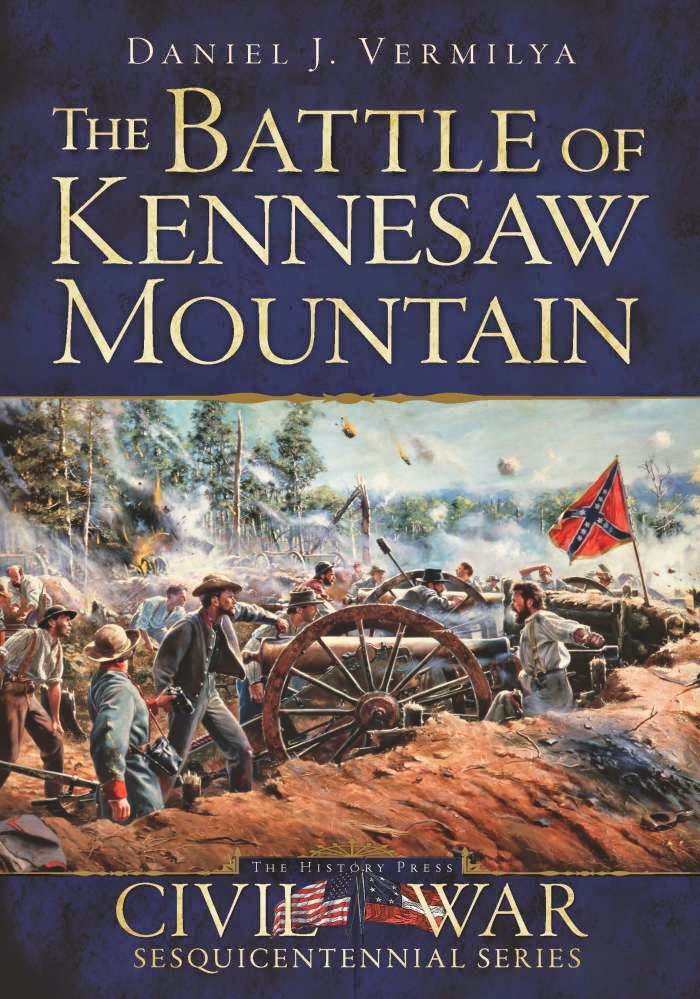 Dan and I have worked together in the Park Service for nearly five years--at both Antietam and at Gettysburg--and have spent countless hours talking Civil War, talking interpretation, and talking baseball.
Dan's book on the June 27, 1864, struggle at Kennesaw Mountain is a great addition to the History Press' Civil War Sesquicentennial Series, and its publication is most timely since, of course, this June will mark the 150th Anniversary of the battle. The book is exceptionally well-written and offers a sharp, analytical examination of the actions and decisions of the primary antagonists, William T. Sherman and Joseph Johnston, both during the campaign and during the battle itself. The battle is also presented in context of the larger Atlanta Campaign and its significance/meaning in that campaign is critically examined. It was, says Dan, a battle of great contradiction; a smashing Union defeat in the midst of a most successful campaign. Dan also does a great job in presenting the story of the battle from the bottom up, utilizing a wide and impressive array of primary sources. . .letters, diaries, and so on, recording the experiences--the thoughts, the emotions--of those who served in both the Blue and Gray at Kennesaw.
For those hoping to discover what was happening in the war's Western Theater at the same time the armies in the east were settling into a siege at Petersburg--and while the 48th PA was digging deep underground--then this is an excellent, excellent book for you; a sharp, clear, and concise account of the June 27, 1864, Battle of Kennesaw Mountain.
More information can be found at the publisher's site here.
In conjunction with the publication of his book, Dan has also launched a website with even more information on the fight at Kennesaw, including an extensive bibliography, detailed Orders of Battle, and primary accounts of the battle from Union and Confederate participants. That website can be found at http://kennesawmountain.wordpress.com/

Posted by John David Hoptak at 6:23 AM