DISSED: The Best of the Worst in Civil War Nicknames

The generals of the American Civil War sure had their fair share of nicknames.

Most of the time they were complimentary and affectionate--i.e. "Stonewall" Jackson, "Uncle John" Sedgwick, "Uncle Billy" Sherman etc--but oftentimes they were not; indeed, some were downright insulting.

I thought I'd take a look today at some of the less than flattering nicknames of some of the war's Union and Confederate leaders.

Vote for your favorite in the comments section, or add your own to the list. I am sure there are scores I forgot. . . 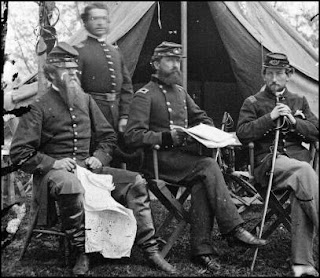 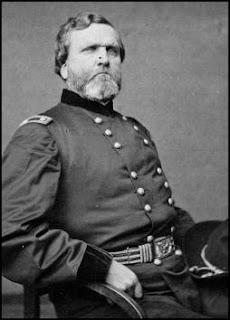 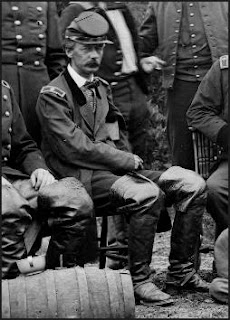 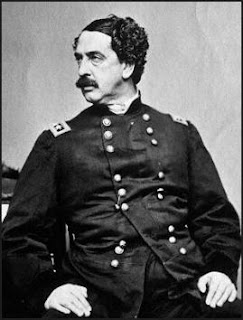 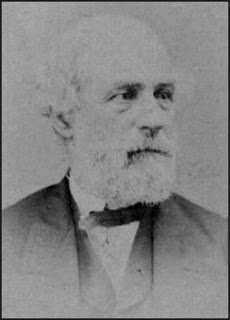 "Granny. . .? Well of all the nerve. Can you believe these young whippersnappers these days?"
* * * * * * * * * * *
Thomas Jonathan Jackson had perhaps the most famous nickname of the Civil War: Stonewall. But in his younger days, he was sometimes called "Tom Fool" by his students at VMI, or by some of his soldiers as 'That Crazy Old Presbyterian Fool." 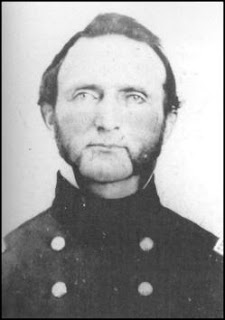 "If you put as much energy and effort into your schoolwork as you do in coming up with nicknames for me. . . Now go study the Bible and see what that has to say about making fun of people."
* * * * * * * * * * *
Winfield Scott orchestrated one of greatest campaigns in American military history during the Mexican-American War. . .but by the Civil War, he was simply "Old Fuss-n-Feathers." 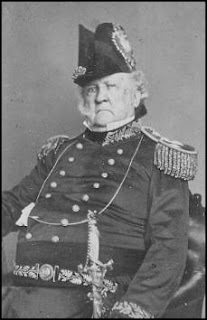 "Whatever. Whose the one who has all this bling? I rule, critics drool."
* * * * * * * * * *
Ulysses S. Grant. Well, of course there was "Unconditional Surrender" Grant and, more affectionately "Sam" Grant. But there was also "Useless" Grant and "Grant the Butcher." 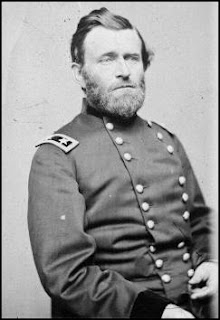 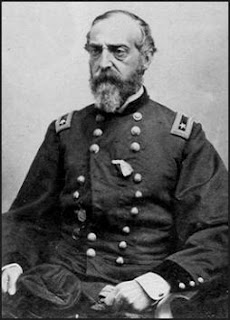 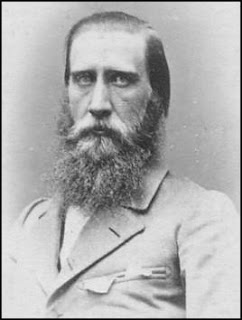 William Lowther Jackson. . .unlike his more famous cousin, William was known as "Mudwall." 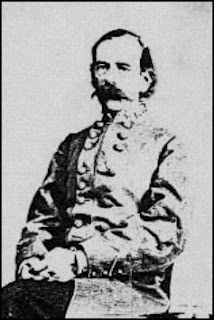 Apparently, William E. Jones loved to gripe and moan and complain. Hence his nickname: "Grumble." Another Jones, David Rumph Jones, of no relation, was much more affectionately referred to as "Neighbor." 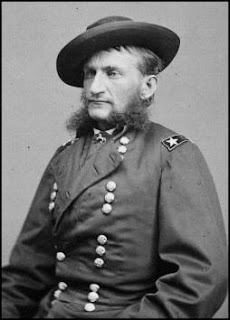 Ben Butler was an ardent abolitionist and is thus alright by me in my books. But he was vilified throughout the South as "Spoons," for his penchant for stealing exquisite silverware and china from Southern homes, and the "Beast." 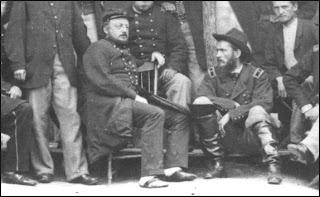 Poor Old William Henry French had a habit of incessantly batting his eyes when he spoke. He was known thus as "Old Blinky." 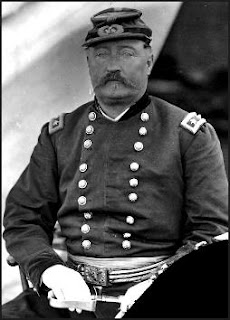 These are just some of the less-than-flattering Civil War nicknames I can think of. If you have any for me to add. . .let me know.

JEB Stuart in his West Point days was known as "Beauty"; and that was meant as sarcasm. I can't believe you left out "Honest Abe", the "Railsplitter" (he hated both of those names) or "the Original Gorilla" to George McClellan. (I don't think he would have liked that one either!) My favorite is Edward "Allegheny" Johnson's other nickname-Old Clubby.


and extra for William Tecumseh Sherman -- "Cump" you have to wonder where that came from!

It's not a nickname, but supposedly XVII Corps Commander Gen'l Francis P. Blair, Jr's men used to bleat out his name, "Blaaaaairrr!" like sheep, whenever he passed by; doesn't exactly sound complimentary...

You left out "The Gray Ghost," John Singleton Mosby, although Gray Ghost may not be, technically speaking, a nickname.

George Armstrong Custer had a number of nicknames, dating from his days at West Point, but I do not remember some of them.

William Smith (CSA) was known as "Extra Billy" Smith, as he got that nickname when his business was fulfilling a mail carrier contract for the US government, he created many spur lines along the route in order to increase his profits by generating "extra" charges.

Edward Johnson (CSA) was also known as "Allegheny Johnson" after commanding six whole brigades during a battle in the Allegheny Mountains for the CSA.

This is a nice article, I found great pleasure in reading it :D I've always enjoyed hearing about Civil War era nicknames!

"Cump" Sherman comes from his given name Tecumseh, the great American Indian chief. The minister baptizing young Sherman refused to use a heathen name and thus christened him William.