Up Close With Some of Gettysburg's Granite and Bronze Soldiers 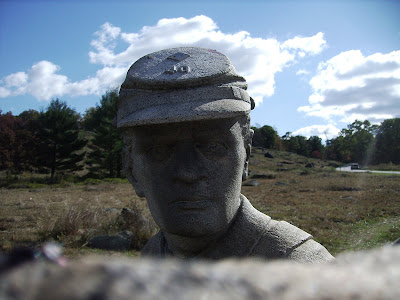 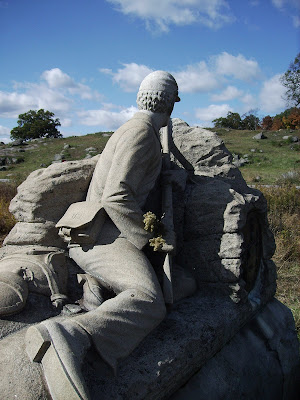 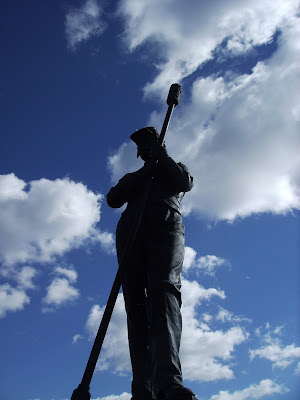 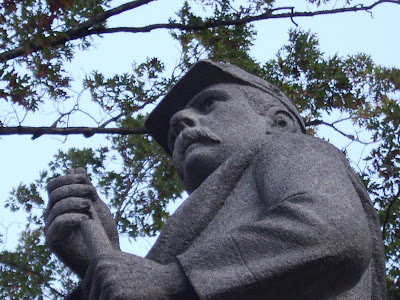 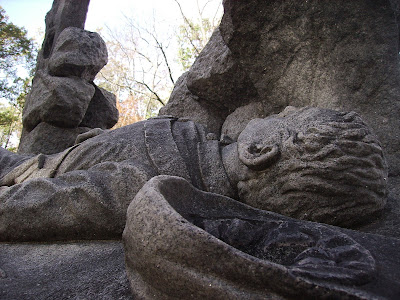 This monument to the 140th Pennsylvania is among the most unique at Gettysburg, or at any National Battlefield for that matter. . .it depicts a young soldier killed in action.
* * * * * * * * * * 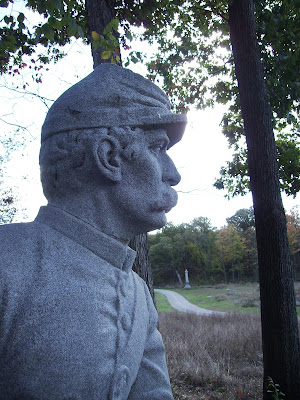 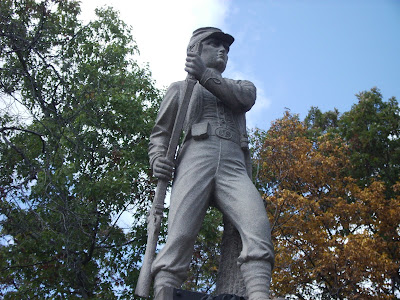 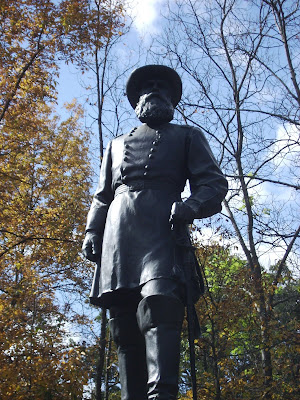 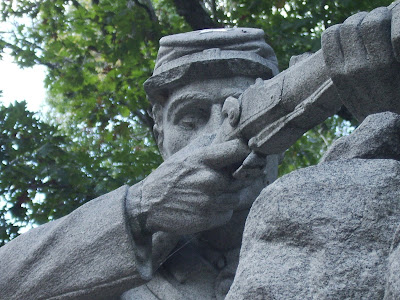 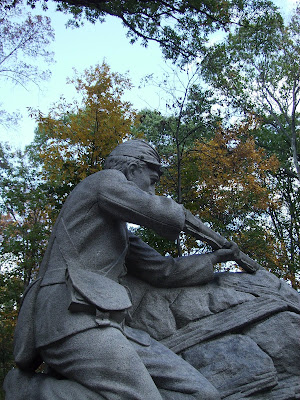 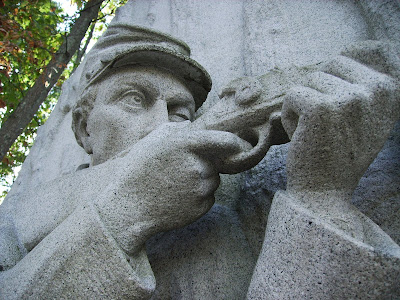 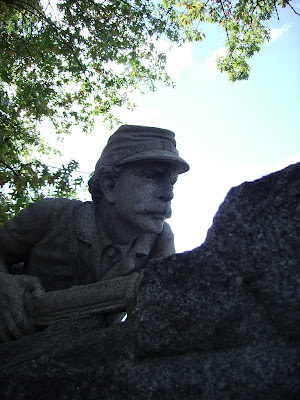 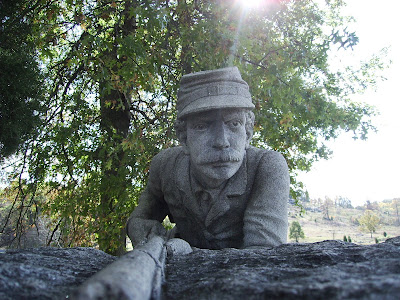 And, of course, I couldn't leave the battlefield today without first visiting the monument dedicated to the 96th PA Infantry, from my native Schuylkill County. . .