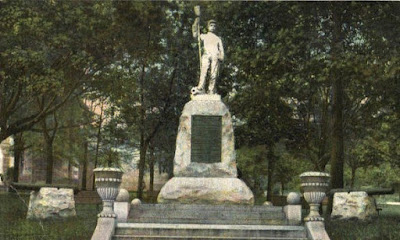 April 18, 2011, marks the 150th Anniversary of the First Defenders' arrival in Washington. Overlooked, indeed, largely forgotten in the vast annals of Civil War historiography, the First Defenders were the first Northern volunteers to reach the nation's capital following the outbreak of civil war in April 1861. They numbered some 475 strong, composing the ranks of five militia companies, and all of them hailed from Pennsylvania. The Ringgold Light Artillery from Reading had been drilling since January 1861, in response to militia general William Keim's urging that they be prepared should sectional hostilities erupt. Those hostilities did erupt on April 12, when Confederate forces opened fire on Fort Sumter. After a 36 hour-long bombardment, Major Robert Anderson ordered the white flag be raised, and the nation was thus plunged into fratricidal war. The day after the capitulation of Sumter, Lincoln issued a call for 75,000 volunteers, to serve a three-month term of service. Among the first companies to respond were the five First Defender units. In fact, in 1866, former Secretary of War Simon Cameron stated that the very first unit to do so was the National Light Infantry, from Pottsville. On April 17, the National Light Infantry, under the command of Captain Edmund McDonald, left Pottsville, along with the city's other pre-war militia unit, the Washington Artillerists, formed in 1840 by the then eighteen-year-old James Nagle, who rose to the rank of brigadier general in the Civil War. When the two companies departed Pottsville on that "cold, raw, and disagreeable" day, Captain James Wren led the Washington Artillerists. He travelled along with his orderly, sixty-five-year-old Nicholas Biddle, a former slave who escaped bondage some forty years earlier via the Underground Railroad. The Pottsville units arrived in Harrisburg late on the evening of April 17, joining the Ringgold Light Artillery, under Captain James McKnight, which had arrived hours earlier. Later on, the Logan Rifles from Lewistown and the Allen Infantry from Allentown arrived in the Pennsylvania capital.

Early the following morning, April 18, the militia troops were mustered into Federal service by Captain Seneca Simmons, who, one year later, met his death on the fields of Gaines's Mill. After taking the oath, the volunteers boarded train cars and set out for Baltimore. Arriving in the secessionist-leaning Maryland city, the Pennsylvanians were greeted with insults and threats and then, as they marched through the city, to Camden Station, they were pelted with bricks, rocks, bottles, and just about everything else the mob of some 2,500 "hot-blooded secessionists" could get ahold of. Nicholas Biddle was among the first struck; so too would fall a number of the members of the Allen Infantry. These men, all of them painfully wounded, thus shed the first blood of the Civil War. After this rather harrowing ordeal, the men reached Washington around 8:00 p.m. on the night of April 18. They were greeted at the depot by Major Irvin McDowell, who escorted the troops to their quarters. . .in the U.S. Capitol building. Later that night they received their muskets and accoutrements. Their uniforms would be weeks in arriving. After their three month term of service, which they spent guarding the government buildings, the First Defenders were mustered out. Most of them reenlisted in three-year organizations, mainly the 48th, 49th, 50th, 53rd, and 96th Pennsylvania Infantry and the 7th PA Cavalry. Many of these men were destined to become listed among the 620,000+ war dead. The First Defenders remain forgotten; not even a footnote. Most accounts of the war have the famed 6th Massachusetts Infantry, which marched through Baltimore on April 19, suffering several fatalities from that same mob, as the first northern volunteers to reach the nation's capital upon the commencement of sectional hostilities. They were not the first, of course. There to greet them when they arrived were the 475 Pennsylvanians who arrived 24 hours earlier. 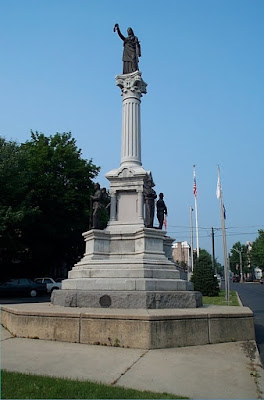 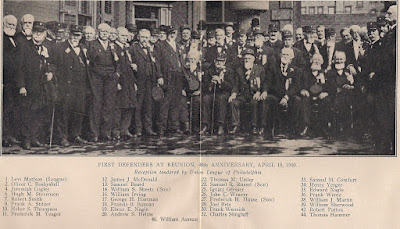 Surviving First Defenders Gather At Their April 18, 1901 Reunion
Posted by John David Hoptak at 5:53 AM

Salute to the First Defenders!
I have to make a trip to Pottsville one of these days.