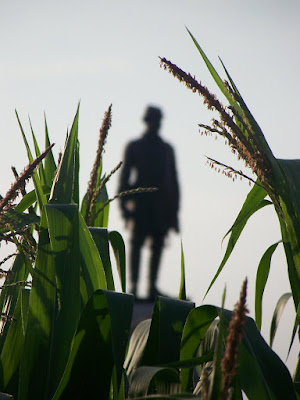 Gettysburg has been on my mind lately, and there are a few reasons why.

First, I am happy to say that I will be delivering a presentation on the Battle of South Mountain titled "Antietam's Bloody Prelude" as part of this year's Gettysburg Foundation's Sacred Trust Lecture Series. It was both a surprise and an honor to have been invited to participate. While my focus will, of course, be on the September 14, 1862, fight at South Mountain, I will be drawing parallels between Lee's first invasion of Union soil--the Maryland Campaign--with his second, as well as discussing the roles played at South Mountain by some notables of Gettysburg, especially George Meade, Robert Rodes, Alfred Iverson, Richard Garnett, Henry Slocum, and others. I am scheduled for Sunday, July 3, 2011, at 1:30 p.m. Other presenters that anniversary weekend include friend and fellow blogger Harry Smeltzer, who will be speaking on Colonel O'Rorke, Ethan Rafuse, Ed Bearss, Bradley Gottfried, Troy Harman, Allen Guelzo, Adam Goodheart, and many others. For the complete listing of speakers and their topics, click here. 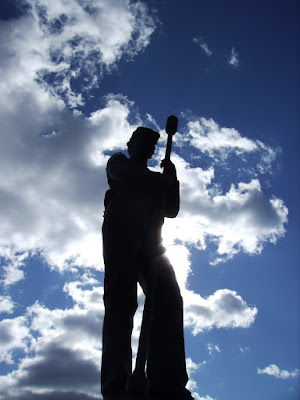 My attention has also been focused on Gettysburg lately because I was asked to write the Gettysburg title for the History Press' Civil War Sesquicentennial Series. This also came as a surprise. The editor-in-chief of the Series, Douglas Bostick, broached the idea with me several months back; indeed, he asked if I would be interested as soon as we wrapped up the South Mountain book. I thought about it. . . thought about it some more. . .then ultimately decided to do it. Two weeks ago, Doug informed me that the proposal was accepted and now, having just signed and returned the contract, my focus for the next year will be back on the great struggle of July 1863.

I must admit, though, that this is a daunting challenge, and I sometimes feel as though I entered into a vast abyss. As per the contract, I was given just 50,000 words--my South Mountain book exceeded 70,000. To condense so important and so large a battle into so little space will be tough. . .very tough. Still, I could not pass up this opportunity. It was a great thrill and an even greater honor to have been asked, and I am looking forward once again to working with the History Press. They did such great work with my South Mountain book, which, I am happy to say is already in its second printing, the first having sold out within three months.
My deadline for the Gettysburg title is April 1, 2012, which, as my buddy Ted Alexander reminded me, "is tomorrow." Indeed, I will have just ten months to fashion this work. The book will, in no possible way, be an exhaustive study--such a thing, no matter how many words, is possible. Nor will this book be geared toward the buffs and enthusiasts. Instead, I have decided to write a narrative for the general audience and interested public, for those seeking, perhaps for the first time, to gain a concise history of this important campaign and battle. My intention is to draw upon and synthesize all the latest history and write about some of those lesser-known aspects of the battle, as well as some of its lesser-known figures and personalities. Those are the intentions, at least. We will see where the study takes me. . .One final note, my buddy Mannie Gentile will once again be developing the maps; we've already talked about their design, and I must say, they are going to look great. 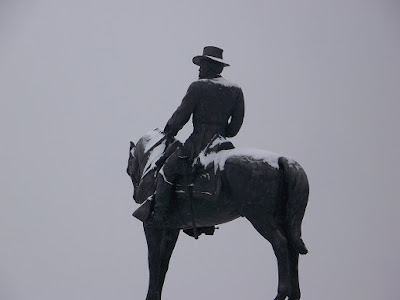 Posted by John David Hoptak at 7:33 AM

Great stuff happening John! Best of luck on all your endeavors. Jim

Great town! I grew up in Harrisburg (across the river) and we took a field trip there every year. The Battleground is awesome!

Wow! Fascinating stuff. I find the parallels between Lee's invasion in 1862 and 1863 make for some of the most intriguing aspects of the war. Cool blog:)