Last week I posted Part One of "A Walk Through Pottsville's Presbyterian Cemetery." Today's post concludes this two-piece blog. I am hoping that by the time spring arrives, I will have developed a self-guided walking tour of this cemetery. I will keep you updated.

When Lewis Martin marched off to war in the spring of 1861, he left behind two young children and his wife, who was pregnant with the couple's third child. Martin was a member of the National Light Infantry, one of Pottsville's two First Defender units. When he arrived in Washington, he wrote a letter to his family in which he expressed his motivation for enlistment and the difficult decision he had to make: "It is possible as I have before acknowledged that I did very wrong in leaving home under existing circumstances. I could hardly convince myself that I did not....True it may be said that I owe a duty to my family which is paramount to any other earthly one, but what if all would make use of the same argument, who would be there to rescue the honor of Our Country and It's Flag, which, when dishonored, dishonors it's people?" Martin went on to assure his family that he "left home with the firm convinction that I would see you all again, and still hold on it, and every day almost adds to my belief that it is not intended that we are to engage in shedding the blood of our own countrymen."
When Martin's 90 Day enlistment expired in late July, he once again reentered the service, organizing Company A, 96th PA Vols. Rising to the rank of major, Martin was killed instantly on September 14, 1862, while leading his regiment against Confederate troops defending Crampton's Gap during the battle of South Mountain. His body was brought home to Pottsville for burial. In remembering the life of Lewis Martin, the Miner's Journal recorded that he was "very quiet, of studious habits, attentive to business, and a hard worker at whatever he undertook." His manner were "remarkably modest and unobstrusive," and "In point of morals, not better young man could anywhere be found." "Major Martin was a gallant officer, and strictly conscientious in the discharge of his duties. With a cultivated mind he possessed amiable qualities that rendered him a great favorite in the 96th Regiment. . . . His death cut short a most promising career." 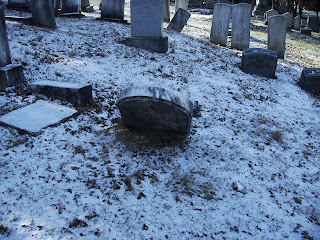 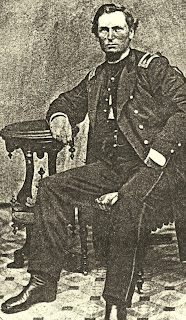 Joseph Gilmour organized Company H, 48th PA Vols. during the summer of 1861, and rose to the rank of major in the regiment. He was struck by a sharpshooter's bullet in the knee outside of Petersburg in 1864, and succumbed to his wounds. More information on the life and death of Gilmour can be found in a "Profiles" Blog I posted last week. 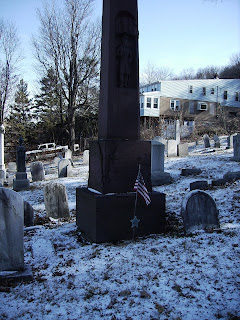 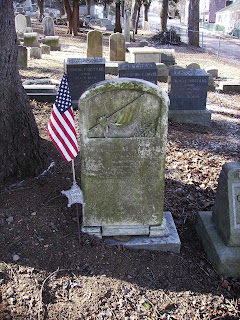 Nicholas Wynkoop was the eldest son of Colonel George Wynkoop, and was described as "one of the bravest men who left Schuylkill County" to fight in the war. As a member of the 7th PA Cav, Wynkoop was killed instantly at the battle of Gallatin, Tennessee, on August 21, 1862. He left behind a wife, and three young children.
Colonel George Wynkoop: 7th Pennsylvania Cavalry 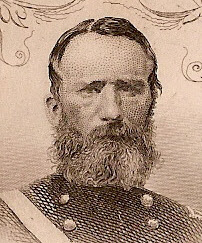 George Wynkoop was active in the Pennsylvania State Militia in the antebellum years, and upon the outbreak of civil war raised and organized the 7th PA Cav. He led his regiment in the war's Western Theatre and had a number of encounters with famed Confederate horseman Nathan Bedford Forrest. Poor health compelled his resignation from the service on July 26, 1863, "having served over two years with fidelity and honor." 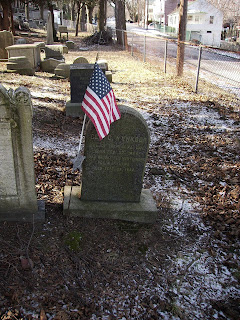 One of the five Nagle brothers to fight in the Civil War, Philip Nagle organized and commanded Company G, 48th PA from the summer of 1861 until his resignation in June 1862. He died in March 1891, one month shy of his 59th birthday. 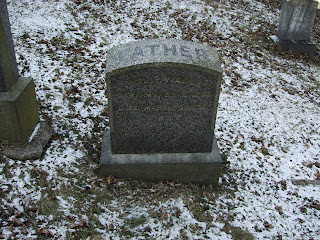 Levi Nagle was a musician. Born September 5, 1835, Levi was a printer before enlisting as a musician in his brother's regiment: the 48th PA. He was discharged from the army in August 1862, when regimental bands were deemed unneccesary. He returned to Pottsville, opened a toy store, and died at the age of 73 in 1908. 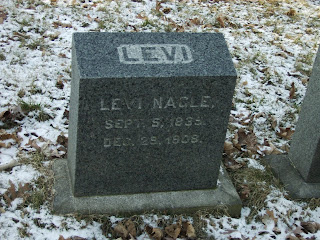 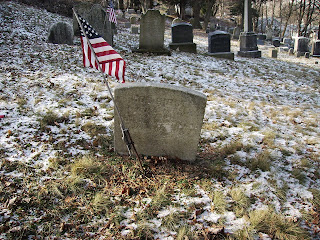 In March 1864, eighteen-year-old Job Hirst, a laborer from Pottsville, enlisted as a private in Company H, 48th PA. Less than three months later, he was wounded at the battle of Cold Harbor. He died of his wounds on July 3, 1864. 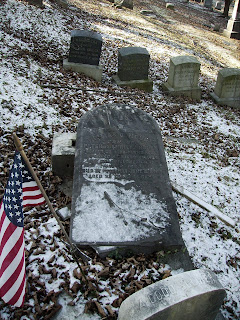 Thomas Houck was a sergeant in Company A, 96th PA Vols. He was wounded on May 3, 1863, at the battle of Chancellorsville, and sent home to recuperate. But young Houck did not recover. On June 8, Thomas Houck died. He was just twenty-two years old. 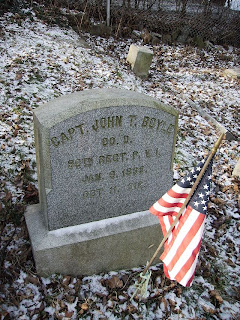 John Boyle commanded Company D, 96th PA for most of his time in service. After the war, he wrote a number of articles about his regiment and a terrific account of the battle of Crampton's Gap. He died on October 11, 1912, at the age of 79. 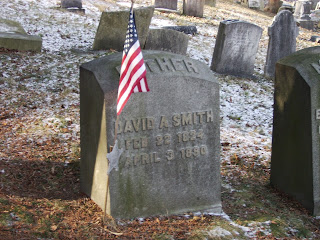 D.A. Smith was mustered into service as the lieutenant colonel of the 48th PA but held this position for only one month before poor health forced his resignation from the army. He was 66 when he died on April 3, 1890. 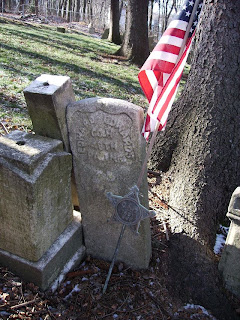 Like Job Hirst, Edward Edwards enlisted as a private in Company H, 48th PA Vols, in early 1864. The young coal miner was in the regiment for a little more than one month before he died of sunstroke at Annapolis, on April 23, 1864. 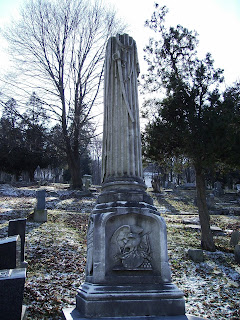 William Wren, a member of the 19th PA Cav, was captured late in the war and held as a prisoner-of-war. He was finally released after the guns fell silent, but his time in a Confederate prison camp led to his death on April 22, 1865. Wren was not yet twenty years of age.

I find it disheartening to find that the condition of Presbyterian Cemetery in such apparent disarray. This is made more so since my 2X Great Grandfather James Nagle and several of his brothers are buried there. Is there anything to be done and , if so, how can we help?
John Howell
gremmy32@cox.net

I have a 1898-1902 spanish american veterans brass grave marker.Found at an antiuqe shop .Presented by the county commissioners pottsville PA.Army united navy. Has some damage to all the ring holders on the back.Do you want it back. kansascase@everestkc.net give me a email. sept.3 2012