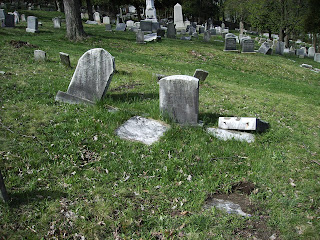 The "Before" Picture. . .
This is what the Nagle family grave site looked like prior to our restoration.
(See the one at bottom right, buried in the ground?) 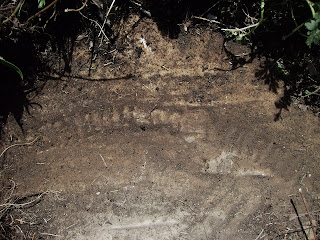 The Stone of Emerguildo Marquis
(Buried deep into the ground) 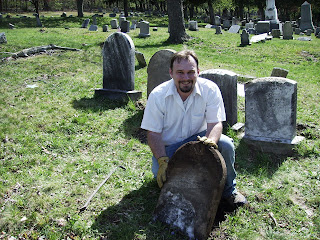 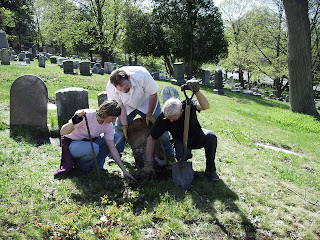 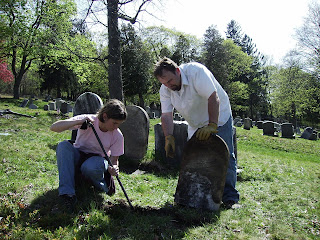 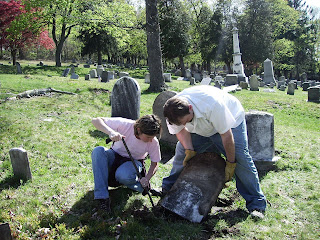 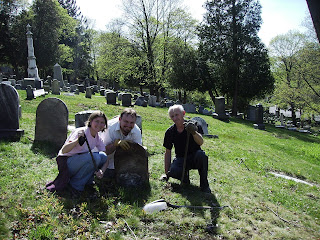 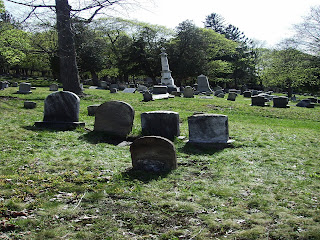 Posted by John David Hoptak at 8:15 AM

Congratulations to you - very exciting end to the chase. I know these moments can make a lot of work worthwhile.

Kudos to you and your family for caring for the Nagle stones and thanks for sharing the results.

One can only hope Senor Marquis is having one grand Cinco De Mayo in celebration of your discovery!

I wanted to take a moment to say that it was great to meet you on Sunday.

I even uploaded some pictures of Sarah at the Clara Barton monument and with Ranger Mannie.

Just came across this post, very interesting! Thanks for sharing this, I'm the great grandson of a 48th pvt. stuck out here in Seattle away from all the wonderful history so it really has meaning to me.