Flags of the 48th Pennsylvania 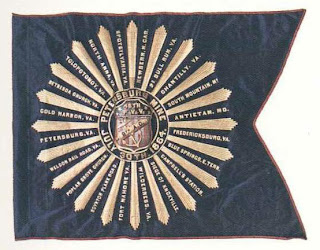 One year after the end of the American Civil War, on Independence Day, 1866, the battle flags of Pennsylvania's regiments were returned to the Commonwealth of Pennsylvania in an elaborate ceremony that concluded with a memorable parade of the regiments' survivors through the streets of Philadelphia.
Since this day 141 years ago, the flags of Pennsylvania's Civil War regiments have been stored in a state arsenal building, then displayed in a specially-built flag room in the capitol. After this they were transferred to the state's Executive Library and Museum, and then--finally--back to the capitol rotunda. It used to be that you had to travel to Harrisburg, or make a special appointment to view these flags, but not anymore. . .now, it's as simple as a few clicks
Great measures have been taken of late to preserve what remains of these battle flags. You can read all about these steps, and search for the flags of any Pennsylvania regiment by using this website:
http://cpc.state.pa.us/main/cpcweb/projects/preservcivwartreasure.html
The Flags of the 48th Pennsylvania. . .as they appear in 2007. . .are photographed below. Please note that these photographs are copyrighted, PA CPC (Capital Preservation Committee) 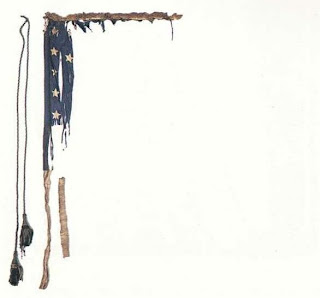 This is all that remains of the regiment's 1861 "Pottsville" Flag. . .presented to the 48th in October 1861 by Mr. John T. Werner. It was upon the canton of this flag that was inscribed: "In the Cause of the Union, We Know No Such Word As Fail." 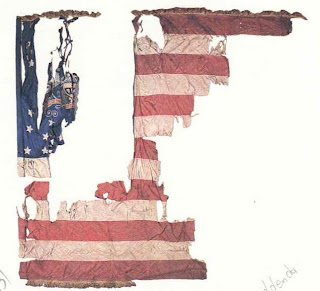 The 48th's first State Flag, presented to the regiment by Gov. Curtin in September 1861. 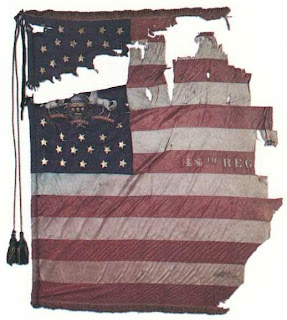 The second state Flag, carried by the regiment from March 1864-July 1865 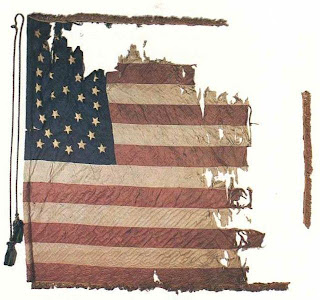 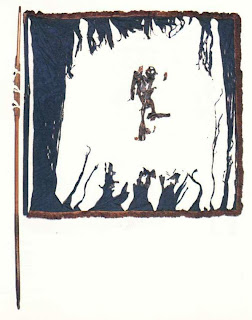 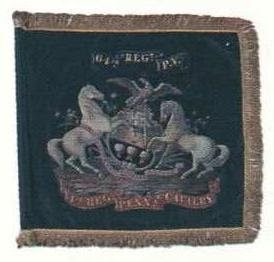 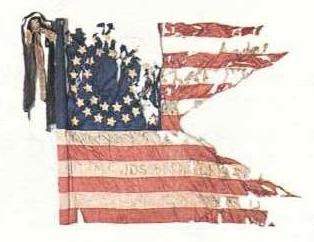 Posted by John David Hoptak at 5:50 AM