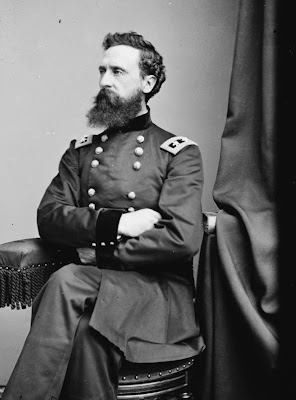 General George Sykes. . .Overlooked? Maybe. . .
I've always felt a little bad for General George Sykes. Despite serving as a high-ranking officer in division and corps command with the Army of the Potomac, he seems to have gotten the proverbial short shrift in historical memory. For example, it is a common anecdote heard here in Gettysburg that General Daniel Sickles, commander of the Army of the Potomac's Third Corps, is the only Union corps commander to NOT have a monument on the Gettysburg Battlefield. This does make a good--and ironic--story since it was largely due to Sickles's efforts after the war to preserve Gettysburg as a National Battlefield. But it is simply not true. However, I have seldom, if ever, heard someone ask: "But What About George Sykes?" A bronze statue of Sykes, commander of the 5th Corps at Gettysburg, cannot be found anywhere on the battlefield. . .
In an effort to thus bring Sykes's life and service into focus, I am posting this evening a short biographical piece I wrote about "Tardy George." There is an emphasis placed below on the role (limited though it was) Sykes's Division played at the battle of Antietam. . .no special reason for this; it's simply because I wrote this for my colleagues at the Antietam National Battlefield. 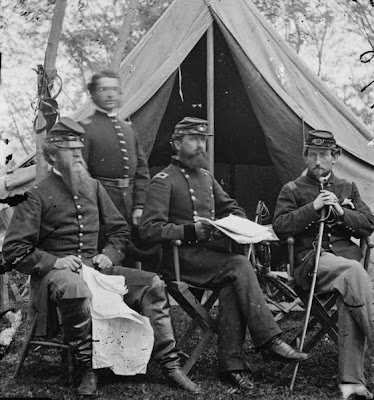 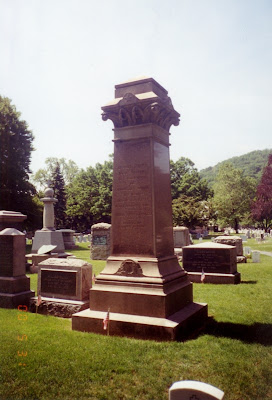 The Grave of General George Sykes at West Point
{From www.findagrave.com}

Thanks for your generous comments about my Great Great Grandfather. He put in some good servive during the War.

Thanks, too. Gen Sykes was also my great, great grandfather through my maternal grandmother, Olive Maude Sykes Feagins, who was the daughter of George Norris Sykes, Gen Sykes' youngest child.

Thanks for posting. My great, great grandfather makes me appreciate even more the foresight our predecessors had.

Someone needs to write a biography of him, as far, as I know no one has.

Theodore Lyman had a interesting opinion of him, as "not brilliant, but like a good clock, always on time".

There are worst epitaphs for a soldier.

His memory lived on in Vietnam 1/20 Sykes Regulars. We were connected to the 11 th Brigade Americal division (23 rd. Infantry). Never appreciated the phrase Tardy George, the man was Infantry through and through

Olivia, I too am a great grandson the the General. Great Grandmother was Annie Sykes who gave birth to a son through James Moule, an actor. Moule disappeared. Son, Geroge Moule changed his name to George Sykes. Anyway, we are distant cousins. Have made contact with the descendants of one of the General's son,
who live in Oklahoma and I had the good fortune of meeting two of them in NY: pertly Native American and really fine people. Are you from this side of the family? If this message should reach you, would love to hear the history of other decedents of the General.